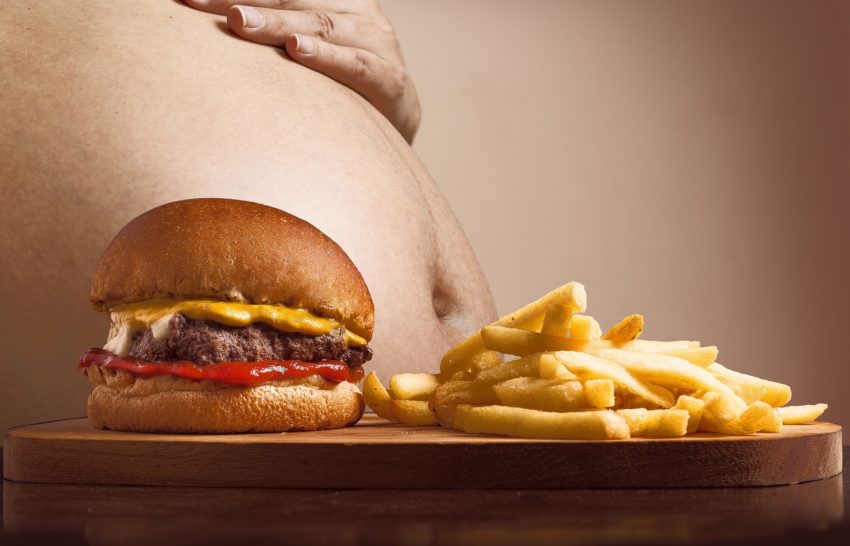 CBD & Weight Loss: Debunking the Myths and Unearthing the Truth.

Even as the debate over the legalization of cannabis rages on, most of the evidence backing its health benefits remains primarily anecdotal. Numerous studies have already indicated that there’s more to cannabis than we currently know. Although we are still a long way from fully adapting it into mainstream medicine, the findings of these studies have been very promising.

Cannabis’ growing popularity can be attributed to one of the hundred or so compounds found in it: cannabidiol (CBD). CBD is one of two active compounds in cannabis, the other being the psychoactive compound known as tetrahydrocannabinol (THC).

While THC is a known intoxicant, CBD isn’t. Studies have shown that though the two compounds are closely related, it is CBD that carries the bulk of health benefits that have made the plant so popular in recent times.

Currently, scientists have confirmed that CBD has antioxidant, anti-inflammatory, anxiolytic (anti-anxiety), and antipsychotic properties. The phytocannabinoid is also an anti-emetic (prevents nausea) and is currently considered one of the safest treatments for rare and incurable forms of epilepsy.

Here is where the controversy starts: CBD has been touted to do a lot of things, and one of them is to help people lose weight. Opinions are almost equally divided on this. On the one hand, there’s plenty of evidence, some scientific, some anecdotal, that points to this being true.

On the other, there is some evidence that CBD may have little to no effect on weight loss, or is entirely counterproductive. CBD has been tested on mice and other non-human subjects, and been found to affect not just the body’s metabolism, but also on the body’s ability to process fatty tissue.

Of course, there has been a consistent lack of human trials as cannabis continues to encounter red tape from governments at every turn. However, a question that remains on everyone’s mind, and one that currently has no clear answer is, does CBD help with weight loss?

To answer that question, we first need to understand how CBD interacts with the body.

ECS is probably the most mysterious system in the human body. It was first discovered in the ’90s and is believed to be active in every human being regardless of whether they use cannabis or not. Though it isn’t clear why the ECS exists, or even how exactly it works, scientists deduce that it is crucial for maintaining the body’s homeostatic balance.

The reason for this is because it plays a role in body processes like metabolism, appetite, digestion, inflammation, mood, memory, and motor control, among others, according to research.

The ECS is divided into three components. The first is the endocannabinoids. These are molecules similar to cannabinoids that are produced naturally by your body. The second is the receptors, which are all over the body.

The receptors are what both cannabinoids like CBD and endocannabinoids bind with to stimulate the ECS into action. The third is the enzymes. Enzymes are responsible for bringing the operation of the ECS to an end once it has restored the body’s homeostatic balance.

CBD’s impact (or lack of) on weight loss starts at the ECS. Because it affects a system whose sole purpose is the regulation of the body’s homeostatic balance, scientists believe that the cannabinoid could potentially influence factors such as metabolism and appetite, both of which have a direct impact on our ability to gain and lose weight.

Does this mean that CBD will help you lose weight? According to the most recent research, yes and no are both appropriate answers to that question.

First of all, CBD interacts with the ECS as we’ve already established. This means that, among other things, it helps to regulate appetite and the body’s rate of metabolism.

A decrease in appetite and an increase in metabolism are two things that could potentially instigate weight loss. CBD is known to either reduce or increase appetite. Since the ECS is primarily concerned with balance, how CBD affects your appetite will depend on whether you overeat or don’t eat enough.

CBD also improves the body’s metabolism. It means that your body can break down fats more efficiently, thereby preventing weight gain. Based on how it interacts with the ECS, it is possible that CBD could help you lose weight.

A study published in the Molecular and Cellular Biochemistry scientific journal by Korean researchers presents the third effect of CBD that could also trigger weight loss. When administered on immature fat cells (preadipocytes), it was discovered that CBD increased the production of proteins and genes that improved the body’s ability to break down and oxidate fat.

Furthermore, it led to an increase in mitochondria, both in terms of numbers and activity, making the body more efficient at burning calories. Interestingly, CBD also caused the proteins involved in fat cell generation (lipogenesis) to reduce drastically.

These effects were signs of CBD’s ability to induce a process known as “fat browning.” Fat browning essentially means the conversion of white adipose tissue (WAT) into brown and beige adipose tissue (BAT). The former store’s energy while the latter burns it, so having higher levels of BAT improves glucose tolerance and prevents abnormal lipid levels in the blood.

Collectively, these results pointed to one conclusion: CBD does indeed cause weight loss. However, there is more to it than meets the eye.

Scientists remain at an impasse over CBD and its ability to reduce weight, and this is one of the biggest reasons.

While its interaction with the ECS may induce homeostatic balances that promote weight loss, over-activation of specific receptors tends to have a counterintuitive effect. Scientists discovered that when CBD over-interacted with the CB1 receptor, it led to an increase in abdominal weight gain.

This is not the only effect of over-activation, interestingly enough. Too much interaction with the ECS was also linked with a rise in glucose absorption into fat cells (adipocytes) and increased insulin tolerance in muscle tissue.

Dubbed a “metabolic dysfunction,” this effect that stems from the over-activation of the CB1 receptor has the potential to escalate rather quickly. This causes increased insulin resistance in not just the muscles, but also the liver.

This, in turn, leads to increased abdominal obesity and induces an increase in appetite as well, which triggers the over-activation of the CB1 receptor even further. On and on it goes in a vicious cycle that ultimately ends in increased fat gain.

Will CBD Help You Lose Weight?

The jury is still out on this one. On the one hand, CBD homeostatic effects are powerful, really powerful. It restores the body’s natural balance so efficiently because of how it interacts with the ECS, a little-understood system that is heavily involved in the body’s homeostasis.

CBD’s healing effects are so powerful that scientists are still baffled over the findings of recent studies. It has proved effective in treating everything from brain damage to incurable epilepsy to inflammation and even nausea. Still, little is understood about how exactly it achieves that.

On paper, CBD is a wonderful cure that holds a lot of potential. However, it is hard to ignore all the hard facts about it, and the reality is that CB1 over-activation is an effect of the cannabinol. Aside from inducing exponential body fat gain, it causes a metabolic dysfunction that only escalates over time.

It can be said that CBD can help with weight loss in the following ways:

However, there is a catch. CBD does not affect everyone in the same way. In some, the positive effects are very notable. The story of Charlotte Figi, a young girl who suffered from a severe form of epilepsy before being introduced to CBD, comes to mind. Figi reacted very positively and very quickly to CBD. In just a few days, she had gone from having hundreds of seizures a day to almost none.

This illustrates the finicky nature of CBD. It doesn’t always produce the same results in everyone. Some people eat more after taking a dose of CBD. Others feel less hungry and reduce their food intake. Some experience weight loss, others find that they are gaining weight, particularly around the midsection.

Furthermore, everyone’s ECS is highly unique. Like we said earlier, endocannabinoids are naturally occurring, and like any nutrient, a deficiency in CBD results in sickness. When the body doesn’t have enough CBD, imbalances arise. This is why everyone needs different doses to feel the effects of CBD.

There is no one-size-fits-all solution.

As such, it is essential to talk to your doctor before taking CBD for weight loss. There is a chance that it may have positive effects, but don’t write off the possibility of suffering a metabolic dysfunction. Some will get desired results with as little as 5 mg a day, while for others it may take up to 50 mg or more.

A good rule of thumb is to start small and gradually increase the dosage until you find your sweet spot. As for the ongoing debate, there is no evidence to prove that CBD doesn’t help with weight loss. However, there is always a chance that it could have the exact opposite effect…. You be the judge.