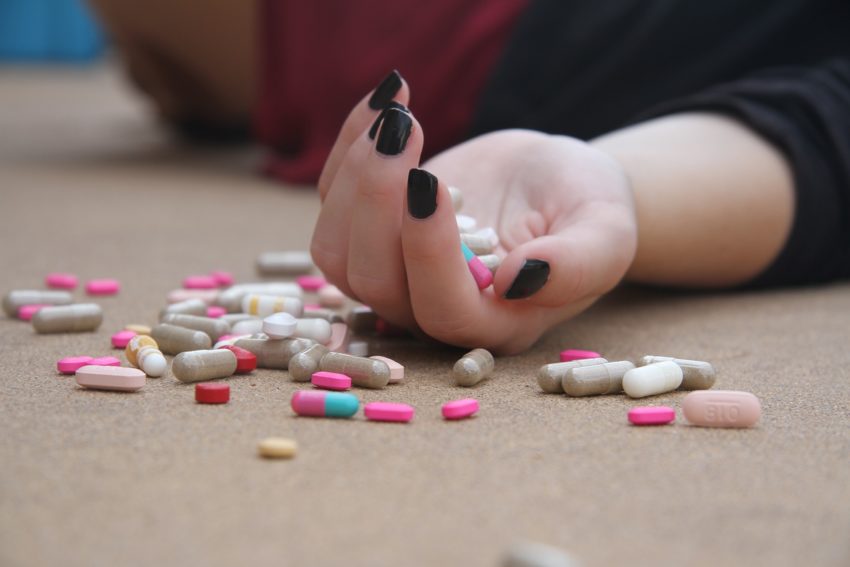 Cannabidiol (CBD) is a compound extracted from the cannabis plant that’s supposedly chock full of health benefits. Early research suggests that CBD is useful when it comes to treating pain, depression, and epilepsy, but CBD’s most popular use to date is in anxiety management.

Over 60 percent of CBD users claim to use it for anxiety, depression, or pain, according to a 2018 paper titled Cannabis and Cannabinoid Research, despite the lack of evidence supporting its effectiveness as an anxiety treatment.

The Effectiveness of CBD Oil against Anxiety

Most of the scientific evidence that is currently available has been derived from lab experiments and animal studies. However, there is plenty of anecdotal evidence to suggest that cannabidiol may be an effective anxiety treatment for humans.

The few human studies available suggest that CBD’s anti-anxiety effects may come about as a result of its interaction with the endocannabinoid system (ECS), which is a cell-signaling system that is still not fully understood.

The ECS has protein-based chemical structures known as receptors. These receptors interact with signals sent from various stimuli. The ECS, in particular, interacts with cannabinoids, which are the chemical compounds in hemp and marijuana plants.

So far, what is known about the ECS is that it produces a homeostatic effect that affects mood, appetite, memory, sleep, and reproduction. That means the ECS remains active even in people who don’t use cannabis products.

Serotonin is a neurotransmitter that plays a significant role in mental health. Studies show that low serotonin levels may be responsible for mood disorders like depression and anxiety, which is why conventional treatment anxiety treatment focuses on bringing up serotonin levels. Selective serotonin reuptake inhibitors (SSRIs) like sertraline and fluoxetine, which increase the production of the neurotransmitter, are the standard prescription medication for anxiety.

This information is enough to spark an interesting debate. If low serotonin levels cause anxiety, and CBD’s interaction with the ECS, a homeostatic system, alters serotonin signals, then CBD may be an effective anxiety treatment. However, things are not that simple.

A report published in Frontiers in Pharmacology sheds light on why CBD’s anxiolytic effect is still under contention. The study showed that after a certain dosage amount, CBD oil begins to lose its effectiveness against anxiety.

Curiously, the inverted bell-shaped dome response suggests that CBD extracts are less effective in medium amounts but highly effective in very low or very high amounts. It means that 100mg of CBD extract has a stronger anxiolytic effect than a 300mg dose, but if the treatment is increased to 900mg, the results are just as reliable as they are with the lower 100mg dose.

It is worth noting that the inverted bell-shaped response is exclusive to pure CBD extracts. Full-spectrum CBD, i.e., CBD made from the whole cannabis

(hemp or marijuana) plant registers higher anxiolytic effects in high doses and lower impact on low doses. There is no bell-shaped curve.

It is for this reason that CBD vendors recommend talking to your doctor before switching to CBD medication. Getting the dosage right is just as important as knowing which CBD extract works best for your case.

CBD vs. Anxiety – The Holes in the Plot

CBD’s ability to effectively treat anxiety has come under scrutiny in the last decade. As many studies as there have been to prove its efficacy in eradicating symptoms of anxiety, there have also been plenty to suggest that its anxiolytic effects are not experienced across the board.

For example, there was a study conducted in 2018 that tested how CBD affected the cortisol levels in people with extremely high paranoia. It was found to have no significant effect on their stress hormone levels and did not change their heart rate or systolic blood pressure levels either.

Another 2017 study tested how healthy participants reacted to negative stimuli (words, pictures, facial expressions) after an oral dose of CBD. Again, the study concluded that cannabidiol did nothing to mitigate their responses to these negative stimuli, suggesting its inability to curb anxiety in adverse situations.

Further back in 2011, researchers conducted a study on people with social anxiety disorder where they administered a 400mg dose of CBD to some of the participants, and a placebo to the rest. Participants who received the CBD dose recorded reduced anxiety levels, and there was no change in those who received the placebo.

A few other studies helped to prove that CBD can alleviate PTSD symptoms like nightmares and reliving negative experiences. It should be noted, however, that while some of these studies explored CBD as a standalone remedy, others focused on how it works in conjunction with conventional treatments like cognitive behavioral therapy.

Despite the conflicting studies, CBD oil is widely self-prescribed to treat generalized anxiety syndrome as well as social anxiety, panic attacks, and post-traumatic stress disorder (PTSD). While hugely successful in some cases, some people claim to experience no changes in their anxiety levels after a dose of CBD oil or crystals.

CBD Has Side Effects

The side effects of CBD are not often discussed, leaving many to believe that it is some form of harmless natural remedy that works without causing any harm. For the most part, that is true, but CBD is not without its side effects.

Many of these side effects may stem from the type of CBD product you consume because extraction processes also play a role in the final quality of the CBD product.

The CBD market is still largely unregulated, so a lot of the products that are currently flooding the market, approximately 70 percent of all CBD products online, to be exact, have incorrect labels and often lower amounts of pure CBD extract than they purport to contain. Some of them may even contain high amounts of tetrahydrocannabinol (THC), the psychoactive compound in marijuana, which not only cancels out CBD’s anxiolytic effects but also aggravates anxiety and increases heart rate.

Anxiety symptoms like restlessness, irritability, lack of focus, muscle tension, and constant worrying should not be ignored. Still, it is vital to consult your physician before putting yourself on CBD medication for anxiety.