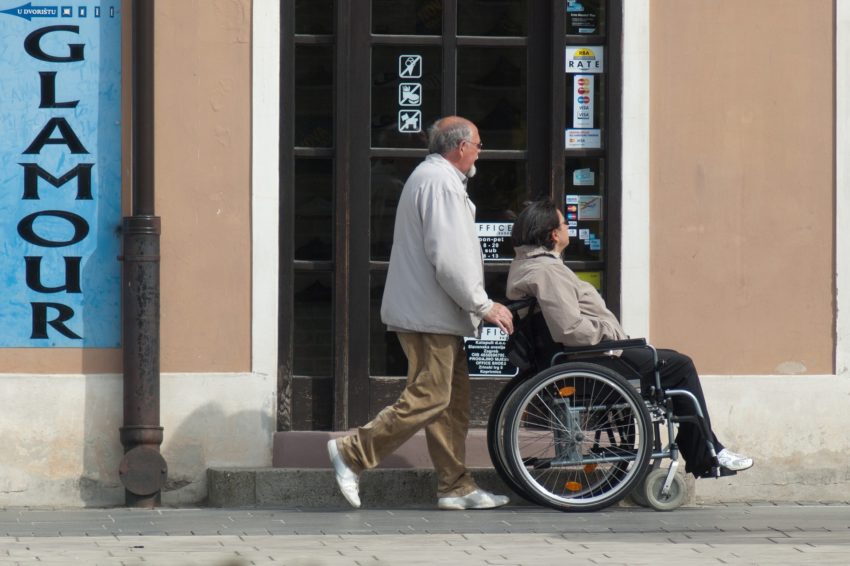 CBD Against Parkinson’s Disease – What You Should Consider.

Cannabidiol (CBD) is a medicinal component of Marijuana that has sparked a lot of interest in the medical world. Apart from its use in cancer therapy, epilepsy and depression, current studies show that CBD might also have the power to alleviate symptoms of Parkinson’s disease.

How Parkinson’s affects the Brain

Parkinson’s disease is a condition that affects the parts of the brain that control body movement. The brain tissue has an area called the substantia nigra. These cells make the neurotransmitter fluid called dopamine. Dopamine is responsible for transmitting signals to and from the brain to control sense and motion. When you have Parkinson’s disease, the cells of the substantia nigra start to die. Consequently, dopamine levels take a dive and your brain becomes unable to send messages to control your body movements.

The brain affected by PD contains an excessive number of Lewy bodies. These are compounds made of disintegrable protein clusters that eventually cause dysfunction and depletion of neurotransmitters. The action of the Lewy bodies makes it hard to think, move and change mood or behavior. The increased preserve of Lewy bodies together with the depletion of dopamine neurons bring about full-blown PD.

This condition is more prevalent in old adults, but it also affects youngsters.

The primary symptoms of Parkinson’s disease include:

A 2005 study published in the Journal of Neurobiology of Disease showed that CBD has preventive properties against Parkinson’s disease. CBD was found to have a neuroprotective function against neurodegeneration in animal models of Parkinson ’s. Lab rats were treated with CBD before injection with the 6-hydroxydopamine toxin. No neurodegeneration occurred.

Over time, more research has given substantive results. Recent studies indicate that indeed CBD helps to improve many symptoms of the neurodegenerative disease including movement difficulties, psychosis, sleep disorder and quality of life as seen in the below clinical tests.

Psychosis is a symptom of Parkinson’s disease in which the patients lose touch with reality. In an open-label study (there were no control groups) six patients with psychosis were introduced to CBD therapy. The study was published in 2009 in the Journal of Psychopharmacology.

After four weeks of therapy with a dosage of 150mg/day of CBD, the patients showed remarkable improvement in psychotic conditions. Neural behaviors like hallucinations and delusions reduced to a bare minimum during the period of the therapy. The study concluded that CBD is effective and safe with a higher degree of tolerance among patients.

In another trial, still open-label, four patients with sleep disorder also displayed an improvement in symptoms. The patients suffered from the REM sleep disorder that is in itself an indication of Parkinson’s disease, associated with sleep disturbances. With this condition patients don’t lose muscle tones when they are asleep- so they act out their dreams. Symptoms can be in the form of talking while asleep, punching, yelling and jumping out of bed

In the study, doctors recorded improvement in symptoms in patients who used CBD. A dosage of between 75-300mg/a day of CBD was found to eliminate the symptoms of REM sleep disorder.
Impaired Movement

In another survey that suggested CBD may improve PD motor symptoms, PD patients from the Czech Republic responded to a CBD therapy questionnaire. 31 per cent of the respondents reported improvement in tremors and shaky movements while 45 % reported an increase in rigidity.

Explanation – The Action of CBD on Parkinson’s Brain

It is clear that the human endocannabinoid system plays a critical role in the regulation of many physiological processes. The system modulates mood, cognition, motor control, feeding behavior, and pain among other functions. The endocannabinoid system gets altered in different pathological conditions, including PD. The reaction of CBD on dopamine and in the basal ganglia is a complex process that helps to re-energize the neurotransmitters.

In their study conclusions, CBD helps in the depletion of the orphan receptors in the brain, consequently increasing dopamine levels. The test shows that the boost in dopamine levels activated by CBD is sufficient enough to remedy PD in most of the affected patients.

In March 2018, in the Daily Post, a woman ailing from tremors and motion difficulties reported that CBD oil had entirely healed her PD symptoms. Diane Lee, a 53-year-old woman, had been diagnosed with drug-induced Parkinsonism that causes tremors.

Madame Diane reported that her condition was brought about by the anti-depressant drugs that she had been taking for a long time. Diane now takes two drops of CBD oil in the morning and evening. A Daly Post videographer took it all on tape- she was trembling in the morning when she got up, and he struggled to undo the top of the CBD dispenser. However, just 10 minutes after ingesting a couple of CBD oil drops she stopped shaking and experienced calm and relaxation.

In recent years, there has been increased research in CBD therapy for physiological and pathological conditions. The available clinical studies though inconclusive strongly point to the fact that CBD can help to alleviate symptoms of Parkinson’s disease. More studies are needed, especially with bigger samples of patients and objective biological measures to ascertain the findings so far.